What meeting did you attend?

I attended the National Network of Public Health Institutes Annual Conference in New Orleans. There are over 40 Public Health Institutes (PHIs) in the U.S. with the headquarters in Oakland, CA. The Network is one program of the PHI in Oakland. PHI works as a public health incubator – each have different names, organizational set up, focus, and scope but have in common that they are and are non-governmental. This allows some flexibility with programming and how funds can be utilized. A couple of our close partners are at other PHI’s  around the country like the University of Wisconsin Population Health Institute, the Florida Institute for Health Innovation, and the Georgia Health Policy Center.

What was your role at the meeting?

I spoke on a panel about the Network’s approaches to building healthy communities as well as organized a breakout session on the opportunities at the intersection of Community Development and health . Both sessions were well attended and the audience had some really great questions.

I had a chance to meet some new people, including Attica Scott who was on the breakout session I organized. She is a community coach for County Health Rankings and Roadmaps as well as a newly elected representative in Kentucky. I also had a chance to reconnect with Elissa Bassler, CEO of the Illinois PHI which co-sponsored the original Healthy Communities meeting with the Chicago Federal Reserve. Karen Timberlake also attended, CEO of the University of Wisconsin PHI.

What were the key issues you found interesting at this meeting?

There was a feeling of  frustration with the scale of persistent public health problems in the U.S. and a real interest in identifying innovate approaches and new partners. The PHIs are well positioned to partner with community development practitioners and investors because of their unique funding streams and organizational set up.  One great example is the AHEAD project, led by Kevin Barnett of the Oakland PHI.

How does this meeting reflect the movement of cross sector collaboration?

What’s the best question anyone asked you?

The toughest question I got was, ‘now what?’. The Network has been grappling with this question for awhile now. The community development sector has quickly come to understand the importance of their work for population health but the tricky question is how to turn that into action. Others are also figuring out how to tackle the ‘now what?’ question – specifically Elissa Bassler of the Illinois PHI. Elissa and I discussed utilizing the Chicago-Cook county-wide CHNA as a basis for a conversation with the major Community Development Financial Institutions (CDFIs) and community development corporation (CDCs) in the Chicago area with the goal of using that as a way to identify the best places for investment.

What can the community development and public health fields learn from each other?

Although community developers recognize their role in creating healthier neighborhoods, what exactly that means is complex and would still benefit from more public health input. For example, what components of a neighborhood are really necessary to be healthy and well functioning or how does one apply the life course to different neighborhood based interventions. Community developers are still figuring out how that all fits together. Public health has a lot to learn from community development in terms of how to finance community infrastructure, how to change the fabric of vulnerable neighborhoods, and how to make a market based case for this kind of work.

What will the Network do as a result of this meeting?

Given the interest at the meeting and from individual PHIs, the Network would like to actively support connecting specific PHIs and their leaders to local community development practitioners including national and regional CDFIs and CDCs. 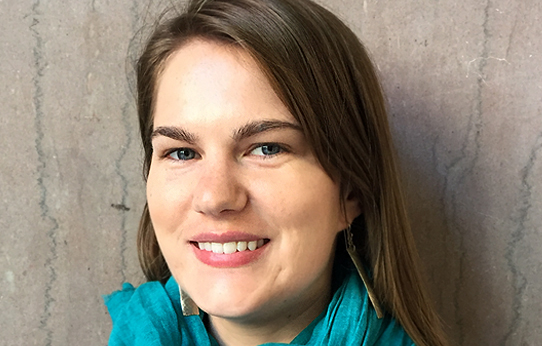 Mia Kirk is the Program Manager at the Build Healthy Places Network.