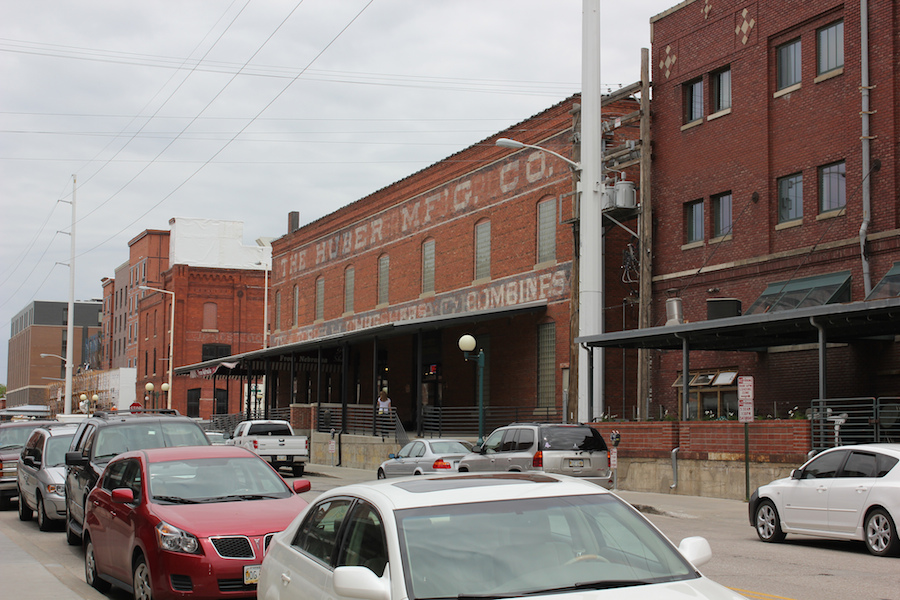 In the middle of the 19th century, cholera was ravaging London. Most assumed the disease was airborne, but one physician, John Snow, wasn’t so sure. Joined by an Anglican priest, he knocked on door after door in an affected community, marking the cholera cases on a hand-drawn map. The finished product revealed that the majority of those affected lived around a particular public water pump.

The map clearly suggested that cholera was transmitted through water. But nobody believed Snow, and residents continued to drink from the infected source. Enraged, Snow broke off the water pump (or so the story goes; others say he convinced the authorities to do so), effectively quashing the epidemic in the area. 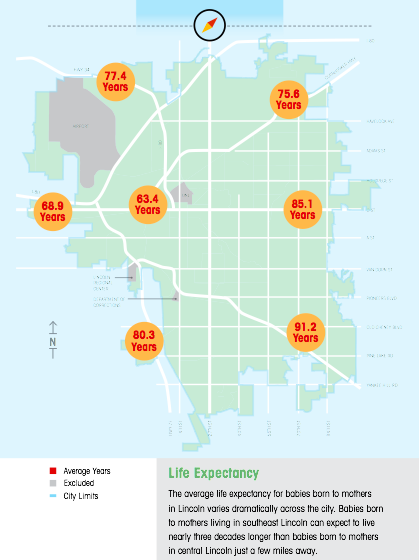 Lori Seibel, president and CEO of the Community Health Endowment (CHE) of Lincoln, Nebraska, told this story at the organization’s annual meeting in June. She explained that CHE had recently experienced the power of mapmaking when it comes to understanding community health.

“There’s a growing body of evidence that tells us the community we live in, the neighborhood we live in, our very street address, has a significant impact on our health,” Seibel told the sizable crowd. “Our question was: Could that be true in Lincoln? We wanted to get personal with our community.”

Maps, CHE believed, could tell better stories than graphs and charts. Working with the Lincoln-Lancaster County Health Department, the City of Lincoln Urban Development Department, and NeighborWorks Lincoln, CHE produced more than 150 maps of the Nebraska capital that illustrate the geographic layout of a large array of health indicators, from asthma rates to life expectancy.

The results underscored the idea that “place matters,” that health has a lot to do with where one lives, because the factors that influence where you live, like income and education, are strongly tied to health. That is why the poorest neighborhoods often have the highest rates of child obesity, asthma, or mental illness. The maps reveal this connection explicitly. The life expectancy map, for example, shows that the average lifespan varies by more than two decades in neighborhoods that are just a few miles apart, with the poorest neighborhoods having average life expectancies about 30 years shorter than the more affluent areas.

By overlaying a map of poverty rates with maps of various health conditions like childhood obesity rates, the researchers quickly saw the direct connection between income and well-being. 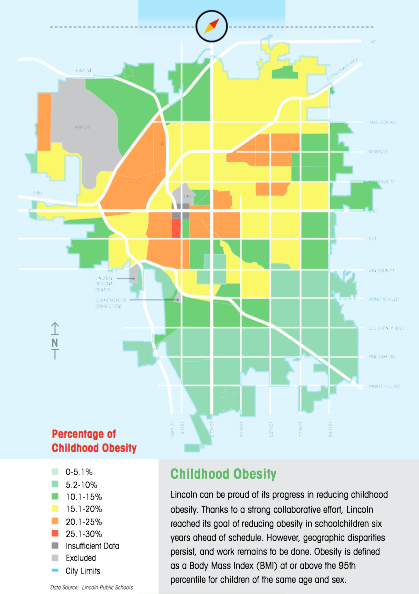 “Our ‘poisoned well’ is poverty,” said David Erickson, director of the Center for Community Development Investment at the Federal Reserve Bank of San Francisco (a Network partner), who presented at the CHE meeting as well.

Other mapping projects have come to similar conclusions. In King County, Washington, a collaborative initiative called Communities of Opportunity produced maps of different health indicators, each revealing that the more southern, poorer neighborhoods were worse off. The Robert Wood Johnson Foundation has also created maps of cities across the nation that reveal the large differences in life expectancy based on nearby transit stops or freeway exits.

In some cases, the maps illustrate what neighbors or community activists already know well. But the clear geographic data can be immensely useful for public officials, foundations, or policymakers who must make tough decisions on how to best allocate limited resources.

In CHE’s annual report, titled “Place Matters,” the organization provides several of the maps and lists its own priorities and preferences for grant applications on the basis of the mapping project. Among the priorities are focusing on behavioral health programs and providers outside a clinical setting, investing in early childhood opportunities, and facilitating connections between health and housing or economic development. CHE asks applicants to consider the role of poverty in the problem that the grant is addressing and to use local geographic data to identify high-risk populations.

Seibel told the John Snow story to show the power of maps and data. But the tale also reveals many people’s difficulty changing ingrained assumptions in the face of new facts. In his address, Erickson spoke of the importance of building community members’ trust when seeking change—hard work that requires cross-sector collaboration, like the Lincoln project. There is a lot of work to be done before that collaboration becomes status quo, he said, but the resources and ideas are there.