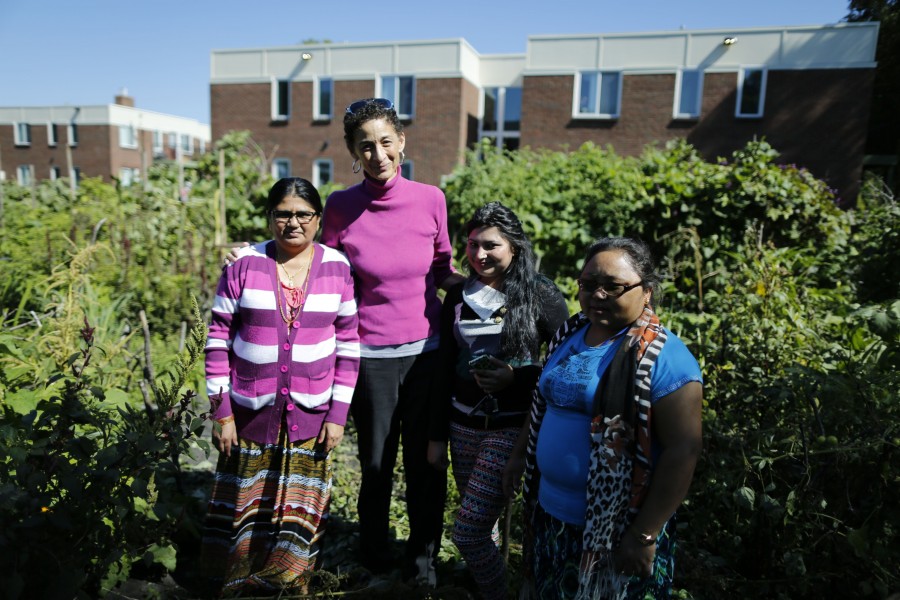 “Wherever there is conflict in the world, a few years later you start to see that population showing up here.”

“It is a hard to reach population,” says Amy Gillman at the LISC national office. These are “highly impoverished and culturally diverse residents, who face significant barriers to physical and social activities related to health.” To make matters worse, the city is experiencing a major housing crunch with high rents and low vacancy rates, and yet, perversely, the East Side also has numerous abandoned homes and businesses that are fallout from the 2008 mortgage crisis. High-quality affordable housing is a critical need in East Side St. Paul, a need that renovating the Rolling Hills Apartments is helping to fill.

In the neighborhood that surrounds the Rolling Hills Apartments, a multifaceted (and, in the past, not always well-coordinated) community revitalization effort has been underway for over a decade, aimed at improving health, livability, income, and wealth. It includes collaboration among several small, culturally specific economic development associations (e.g., Latino, Hmong), urban farming and market efforts, youth and jobs services and programs, financial asset-building services, and other programs. Twin Cities LISC has been investing in East Side St. Paul since the late 1980’s, and recently supported the expansion of Federally Qualified Health Center (FQHC) West Side Community Health Services to create a spacious new East Side facility, with the help of New Markets Tax Credits (NMTC).

The Rolling Hills Apartments, a once-rundown complex of two- and three-story walkups owned by for-profit developers Clint Blaiser and Richard Pakonen, had been serving as de facto affordable housing — the low rents at the apartment complex meant that the city and local church groups frequently placed newly arrived immigrants and refugees here, initially subsidizing their rent.

Converting Rolling Hills into official affordable housing gave access to new kinds of funding and the chance to overhaul this “housing of last resort” while adding space for community activities and health and refugee services.

In 2012, Lutheran Social Services (LSS) and Blaiser and Pakonen partnered to renovate the apartment complex and convert it into official affordable housing. Doing so opened up access to new kinds of funding, creating the opportunity to overhaul this “housing of last resort” while adding space for community-building activities and for health and refugee services that now serve Rolling Hills Apartments residents and the East Side neighborhood. The project was awarded Low Income Housing Tax Credits (LIHTC) from the city of St. Paul. The partners were able to combine LSS social service provision with Blaiser and Pakonen’s development expertise, and to use tax credits to maintain affordable rents. They worked with the FQHC and Twin Cities LISC to add the onsite clinic exam room, and LISC also made it possible to add a community meeting room and community gardens, as well as support for programming and resident activities. Twin Cities LISC provided the technical support to arrange the financing. Formalized as a Limited Partnership (RH-St. Paul Apartments LP), LSS and Blaiser and Pakonen co-own the newly renovated complex.

The National Equity Fund, a LISC affiliate, worked with Blaiser and Pakonen and LSS to arrange financing for the renovation project. Meanwhile, as part of a LISC initiative to infuse health more explicitly into the development work they support, LISC had established Community Health Advocates (CHA) in four sites around the US, a role which Twin Cities LISC CHA Mary Wheeler describes as “a program officer with the health lens.”

CHAs are charged with weaving together the isolated health-related efforts in a LISC neighborhood of focus into a cohesive health agenda. They connect and help align existing efforts, identify and help address gaps, and facilitate the conversations and activities that sustain collaboration. In essence, a CHA is meant to function like a “community quarterback” for health. Wheeler works throughout East Side St. Paul.

Wheeler knew that the Rolling Hills Apartments served primarily an immigrant and refugee population. Refugees are often among the most challenging populations to reach with medical care. Contributing factors include past experiences of trauma, a lack of trust in service providers, and minimal experience with western medicine.

Community Health Advocates are charged with weaving together the isolated health-related efforts in a neighborhood into a cohesive health agenda.

Research by community-based participatory action research group SoLaHmo revealed that despite the new clinic nearby, Rolling Hills residents were not seeking the medical care they needed and to which they were entitled. Wheeler brought West Side Community Health Services (WSCHS) into the Rolling Hills project, and helped identify the Healthy Futures Fund to support the addition of an onsite exam room. WSCHS is now providing culturally competent health services on site at the apartments.

In 2014 renovations were completed and the exam room was outfitted with equipment. The on-site LSS offices are now serving refugees and immigrants. After more than 60%, or 260, of the residents provided feedback on their health needs, WSCHS staff developed culturally competent health support and Rolling Hills selected Wednesday evenings for health service night. The apartment complex now also boasts an array of healthy activities in the gardens, on the grounds and in the multi-purpose room; many of them resident-led. 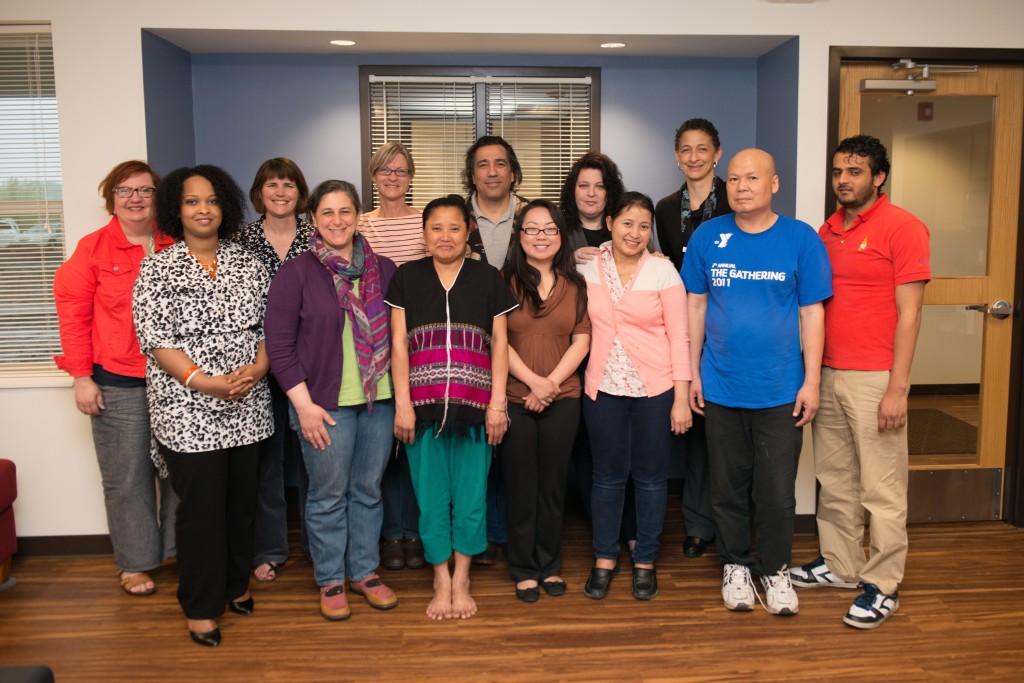 Key partners in the Rolling Hills Apartments project were Lutheran Social Services (LSS), for-profit developers Clint Blaiser and Richard Pakonen, West Side Community Health Services (WSCHS), and Twin Cities LISC. LSS is an established service provider to immigrant and refugee families and had long worked in the East Side community, however, it had not been involved in developing housing here. Blaiser and Pakonen, private developers and Rolling Hills Apartments owners for 10 years, had not previously developed tax credit housing. CHA Mary Wheeler initiated discussions between the partners involved in renovating the housing and the FQHC to address the health care needs of refugee residents who had been falling through the gaps, bringing WSCHS into the project. This partnership among LSS, Blaiser and Pakonen, the FQHC, and LISC made possible the following enhancements to the Rolling Hills Apartment complex:

The collaboration and the plans to provide additional amenities and services unlocked a range of additional funding that made all of the renovations and other changes possible, including grants, public funding, tax credits, market rate investment and Community Development Financial Institution (CDFI) subordinate investment. Twin City LISC’s involvement provided expertise to structure the financing and also helped, through Wheeler’s efforts, to more firmly link the Rolling Hills project into the other revitalization efforts underway in the neighborhood. 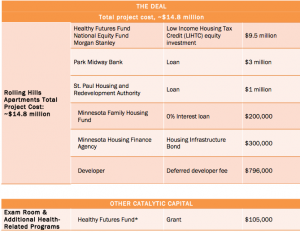 LISC’s creation and funding of the Community Health Advocate positions are part of a larger set of funding strategies designed to further comprehensive community development. The innovative Healthy Futures Fund is a $200 million national loan fund serving LISC sites, created by LISC in partnership with Morgan Stanley and the Kresge Foundation and designed to bring together affordable housing with access to health care and other health-supportive resources and services. The fund offers access to LIHTC, New Markets Tax Credits (NMTC) and the FQHC financing as well as to pre-development financing, grants, and credit enhancement. For Rolling Hills, the Healthy Futures Fund made it possible to integrate the clinic exam room, community gardens, and other health features, and add the services to make the integration actually work.

A key factor in the Rolling Hills project, says Abariotes, was a combination of an innovative funding opportunity (the Healthy Futures Fund) and the involvement of partners willing to “stretch.” The availability of incentivizing funding, she observes, helps encourage innovation, and LSS, the private developers and the clinic, as well as LISC itself all “went a little beyond where they’d gone before.” 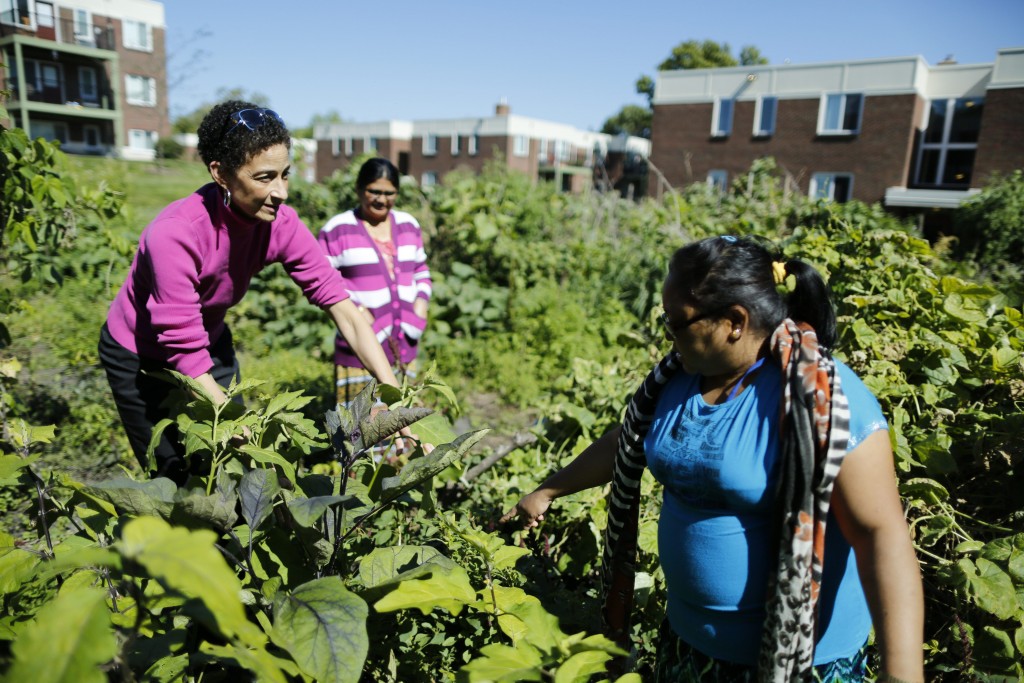 LISC is testing the Community Health Advocate model in four sites across the country, including St. Paul’s East Side neighborhood where the Rolling Hills Apartments are located. Each site will be tracking access to health care, access to healthy food, and participation in physical activity; however, the newly remodeled Rolling Hills Apartments do not yet have measured outcomes to share.

Nevertheless, residents are already benefiting from the changes. For example, upon arriving in the US with her children, a recent immigrant was invited to join the residents’ group that meets regularly in Rolling Hills’ new multipurpose room. The other residents welcomed her, helped her to learn English, and smoothed her transition into her new life. She now co-leads the group, and she says that having a community to connect with helped to make her feel at home in her new country.

LESSONS FROM THE PROJECT TEAM 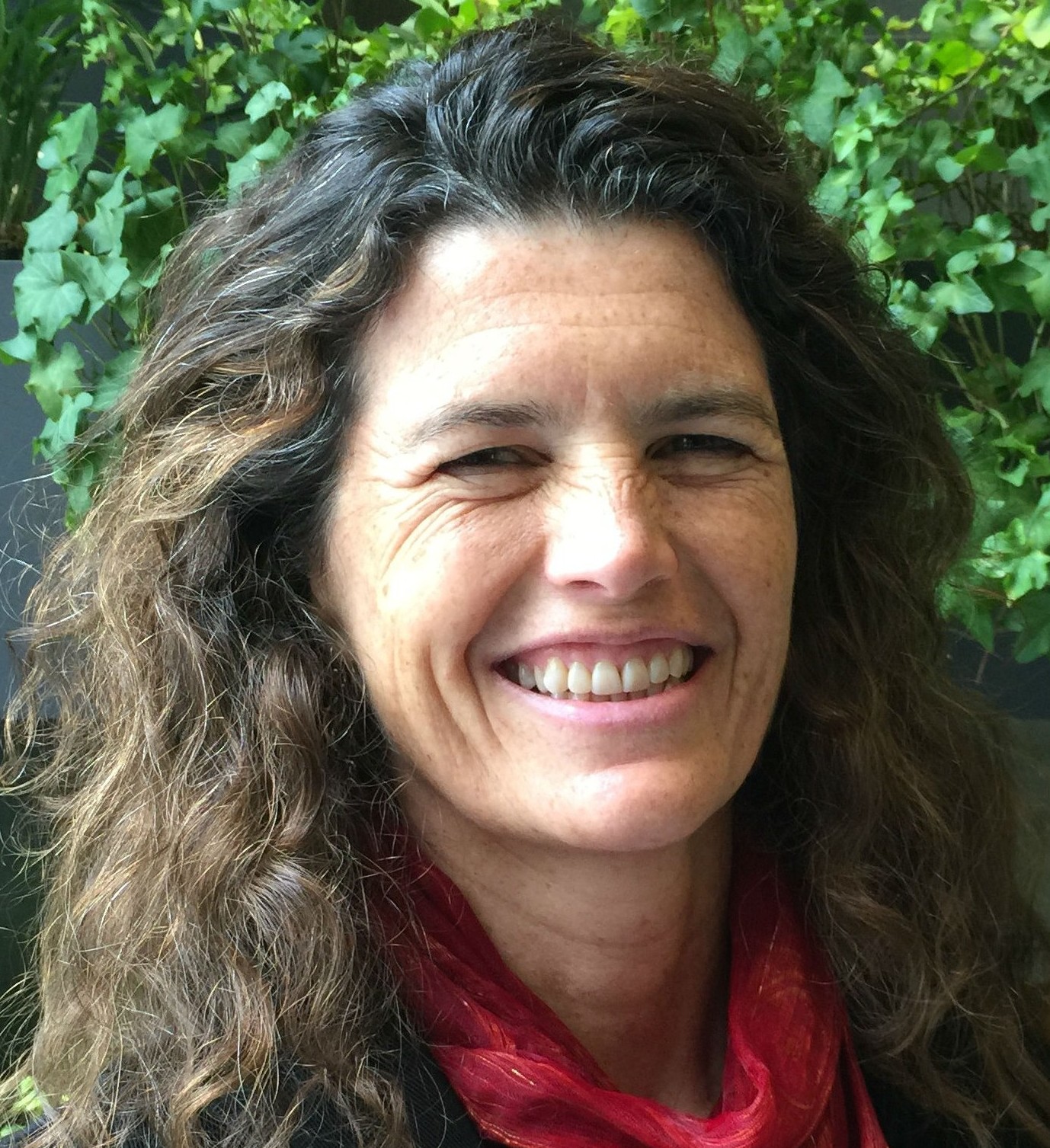