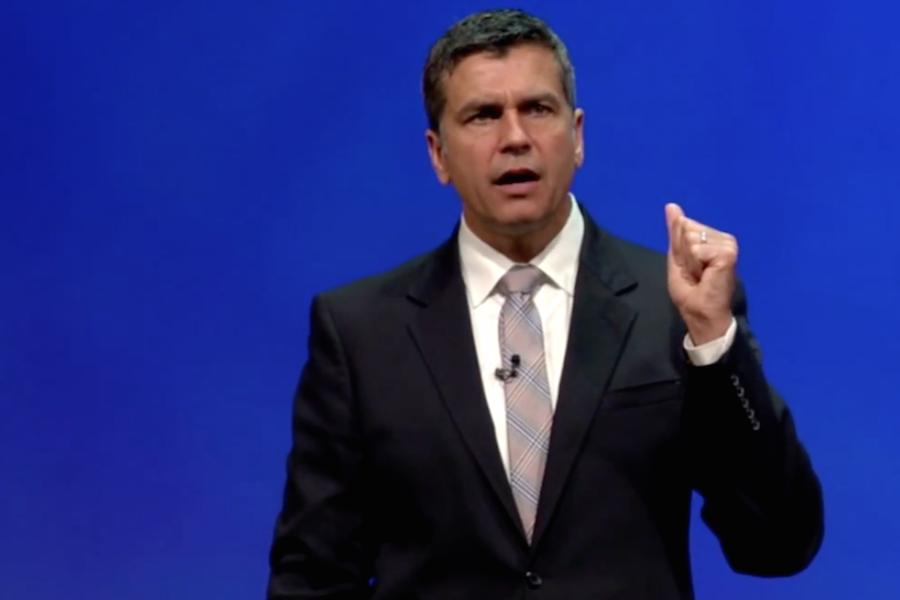 Why the community development and public health fields can’t afford to stay siloed if they want to better the lives of low-income Americans.

Our colleague David Erickson, director of the Center for Community Development Investment at the Federal Reserve Bank of San Francisco, is a key partner in our work to encourage collaboration between the community development and health fields.

In the last few years, he’s traveled throughout the country talking about how neighborhood affects health and what we can do about it. His message: The community development and public health fields can’t afford to stay as siloed as they are now if they want to better the lives of low-income Americans.

Below are two of Erickson’s speeches and an interview he conducted that make the case for focusing on place and the social determinants of health on a national level. The views represented in the videos are David Erickson’s and do not represent the views of the Federal Reserve Bank of San Francisco.

The United States spends more money per person on medical care than any country on Earth—$2.9 trillion dollars per year in total. But Americans’ lives are shorter—by approximately four years—than what they should be based on health expenditures. Plus, only 10 percent of premature deaths result from poor medical care. The rest result from a combination of behavioral patterns, genetic predisposition, social circumstances, and environmental exposure.

“What this drives home to me is that we can’t buy ourselves out of this problem,” Erickson told the crowd at the ULCA Fielding School of Public Health. In other words, we can’t simply increase spending on medical care. He continued: “And ‘health’ is not ‘health care.’ But it took me a long time to get that. For a long time, I heard ‘health’ and I thought ‘medical care.’”

So what can we do? As Erickson explains, reintegrating public health, community development, and empowerment into one field (as it originated in the 1960s) is a step toward increasing emphasis on the upstream, social determinants of health that contribute to wide disparities.

“What are the levers we can push to improve the health of the nation?”

Erickson’s TED-style talk at the Mayo Clinic in 2013 points to stellar examples of community development projects that kept health in mind and empowered a whole community, including Harlem Children’s Zone in New York City, Neighborhood Centers Inc. in Houston, and Market Creek Plaza in San Diego.

He cautioned these projects had one thing in common: leadership from “a super-genius who has a close personal friend who is a billionaire,” he said. “That’s not really scalable or replicable.”

But how do we scale this idea? How do we make it so that conversations about social determinants of health are the norm and not the exception in community development and public health projects?

Erickson described several approaches to make this possible. The many Accountable Care Organizations in the Affordable Care Act, which pay per person per year to keep people healthy rather than paying by procedure, are one approach. Accountable Care Communities, which invest in neighborhoods to keep people out of the doctor’s office and on a healthy trajectory, are another approach. Cross-sector collaboration is yet another. He also discussed the “community quarterback” approach. We might not have a billionaire at the ready, he said, “but we know every community has leaders, and we can grow and foster that, and through things like Pay for Success and other projects we can replace what that billionaire is so your ZIP code is not your destiny.”

“Hope means having a community you have pride in.”

“The normal approach to health is good genes, good behavior, and good medical care,” S. Leonard Syme, professor emeritus of epidemiology and community health at the University of California, Berkeley, told Erickson in the interview. “It turns out none of those make it to the finish line.”

Instead, as Syme explained, health is influenced by a mixture factors including social class, environment, and stress. As an example, Syme discussed how the United Kingdom instituted the National Health Service (NHS) after World War II, granting British nationals free access to high-quality medical care. But 30 years later, a now-famous study called “The Black Report” in 1980 found the NHS, while marginally helpful for everyone, did very little to narrow health disparities among the population. Instead, the widening gap was attributed to social determinants like income, education, employment, housing, and environment.

Using this example and much more evidence, Syme and Erickson discussed throughout the interview how folks working with communities in urban revitalization projects can be thought of as important—if often overlooked—health workers.