Changes to AFFH Will Undermine Social Determinants of Health

Written by Ruth Thomas-Squance on February 18, 2020

As HUD moves to repeal AFFH, it’s time for action

In 2003 in Coal Run, a small hollow in southeastern Ohio, 89-year-old Helen McCuen still paid a ”water man” to fill a cistern buried in her front yard twice a month. Turning on a tap and getting fresh water wasn’t an option. McCuen lived in a largely African American part of town that lacked running water. The nearby city told residents it was too expensive to extend water lines to them. Meanwhile, a few miles away in a white neighborhood, water flowed freely. “The water stopped where the black folks started,” one local resident told the New York Times. It turned out that federal funds were used to extend water lines up to Coal Run but not to the African American community. A lawsuit would eventually force the city to lay water lines to the black residents.

It is this kind of persistent discrimination—well into the 21st century—that leads to the health disparities we see between Americans of color and white Americans. It is also an example of how our neighborhood matters to our health.

But one tool in the fight against discrimination is about to be shelved if the Department of Housing and Urban Development (HUD) has its way. HUD is seeking to replace the 2015 Affirmatively Furthering Fair Housing rule (AFFH), which put some teeth in the Fair Housing Act. AFFH required policymakers to look closely at their housing policies and prove that they did not promote segregation and to detail—and prioritize—policies to eradicate any discriminatory practices. In effect, AFFH sought to both prevent segregation and create diverse, inclusive communities. The proposed HUD rule would severely weaken AFFH protections and in turn perpetuate the community disparities that result in health inequities.

The AFFH rule was not just another example of bureaucratic paper-pushing. In the first year of AFFH, HUD ordered 22 jurisdictions to comply, including three major cities: Philadelphia, New Orleans, and Kansas City. The Kansas City area, for example, agreed to distribute Section 8 vouchers more evenly across the region, with the goal of breaking up concentrated poverty. In other jurisdictions, the rule prompted much-needed discussions about segregation and what to do about it.

Historic patterns of housing segregation by race, fueled by twentieth century housing policy, have stifled access to quality schools, health care, and employment for many households of color. AFFH recognized this pattern of clustering affordable housing in high-poverty neighborhoods, calling it essentially a less glaring but still devastating form of discrimination. “Unfortunately, too many Americans find their dreams limited by where they come from,” said  former HUD secretary Julian Castro.  “A ZIP code should never determine a child’s future.”  We might add that a ZIP code should never determine a future at any age. Housing inequities like those Helen McCuen and her neighbors have endured have been created and maintained through law, and that ongoing discrimination limits people of all ages’ access to stable, safe housing in communities of their choice.

The weakening of oversight and accountability for agencies receiving federal housing dollars means that agencies are allowed to implement policies or programs without consideration for the impact on groups that have been discriminated against in the past.

Housing is a critically important social determinant of health, and we at BHPN believe that without access to safe and affordable housing, our communities face enormous challenges to be healthy. Those costs are in turn shared by health systems, which must address the consequences of this pernicious root cause of ill health.

We are in the midst of a 60-day public comment period on the proposed rule that will expire on March 16. We encourage everyone to submit formal comments on the rule to highlight the grave health equity consequences of this proposal. Spread the word and educate your networks about the rule change. Our webinar and this RWJF factsheet can be a guide and resource. 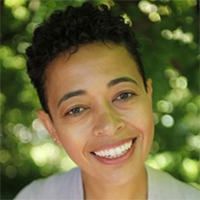 Ruth Thomas-Squance, PhD, MPH, is Director of Field Building at the Build Healthy Places Network where she ensures delivery of high quality activities and content, curating resources and identifying promising practices that support effective collaborations at the intersection of community development, public health and healthcare sectors.

Dr. Thomas-Squance’s passion for contributing to the promotion of health and social equity has taken her from a successful career in biomedical research to management in the non-profit and public sectors.  She brings over 10 years of experience working in multi-sector collaborations with diverse partners.

She lives in San Francisco with her family.