In  2010 Ohio State University (OSU), City of Columbus, and the Columbus Metropolitan Housing Authority (CMHA) came together to form the planning organization, Partners Achieving Community Transformation (PACT). These three organizations initially came together when an income tax rebate given to OSU by the City of Columbus required a commitment to financial investment in the Near East Side of Columbus. That single tax rebate incentive spurred a decade-long transformation and investment into a historically neglected community, with more than $300 million in total investments to date and over fifty partners. PACT, now solely supported by Ohio State University’s Wexner Medical Center, continues to execute the community-led blueprint and successfully champion the transformation of Columbus’ Near East Side.

Columbus’ Near East Side is located near downtown Columbus, and comprises multiple neighborhoods in an area covering approximately 800 acres. For decades these predominantly Black neighborhoods were prestigious and wealthy, containing many upscale homes, successful businesses, and a thriving art community. Situated in the Near East Side, Poindexter Village (one of the nation’s first public housing projects and formerly known as the Blackberry Patch) was erected in the 1940s and contained 400 modern and highly sought-after units. As the demographics changed, resources were funneled to other (predominantly white) communities, and discriminatory policies successfully stifled growth in the Black community of the Near East Side and specifically Poindexter Village.

In 2010, with the announcement of the 17-story Ohio State University (OSU) medical center expansion (James Cancer Hospital), the university secured an income tax rebate from the City of Columbus. As part of that deal, negotiated by the City of Columbus’ mayor and the president of OSU (at the time, Michael B. Coleman and Gordon Gee respectively), OSU Wexner Medical center committed to both expanding job opportunities and to reinvesting $10 million into the Near East Side. The City of Columbus, Ohio State University, and City of Columbus Metropolitan Housing Authority (CMHA) came together to form Partners Achieving Community Transformation (PACT) to ensure that investment of these funds centered and benefited residents of the Near East Side community. For more than two years PACT engaged the community, leveraged the OSU’s tax benefit, and formed partnerships. The original $10 million reinvestment proved critical in positioning PACT to successfully secure a $300,000 Choice Neighborhoods Planning Grant that funded the development of the Blueprint For Community Investment, (The Blueprint) a comprehensive reinvestment and revitalization strategy for the Near East Side, based on extensive input from the community. PACT went on to work with CMHA to secure a further $30 million Choice Neighborhoods Implementation Grant specifically for Poindexter Village. The initial $10 million investment from Ohio State University Wexner Medical Center, ongoing community engagement and subsequent Blueprint, combined with a cohesive shared vision of two other key champions (City of Columbus and CHMA), amplified capacity and impact of revitalization efforts in the Near East Side.

Collaboration with the Community:

Since its founding in 2010, PACT has played the role of community quarterback, guiding vision, engaging residents, and forming partnerships. Long standing Near East Side residents made up the oversight and advisory committees, as well as five other subcommittees, developed by PACT to ensure that community voice was centered. As the subcommittees finalized their recommendations after a year of work, the planning team (composed of independent planning/consulting organizations) began the community engagement efforts including over thirty interviews, focus groups, and monthly public events for another year. Thanks to this community-owned process, the focus of the Blueprint  responded to priorities most relevant to the community, including health and wellness, education, and workforce and job training. As community quarterback, PACT played a critical role to ensure the partnering entities (City of Columbus, OSU, and CMHA) listened to and were informed by community needs. PACT, now an entity of the Ohio State University and OSU Wexner Medical Center continues to coordinate implementation of the Blueprint plans.

Addressing the Social Determinants of Health:

There is growing awareness and expansion of literature noting the critical importance of social determinants of health (SDOH) in individual and community health. SDOH are the conditions in the environments where people live, work, worship, learn, and play that affect their health, health outcomes, and risks for developing disease.

The relationships PACT has built with its partners has allowed them to address the following determinants: Students at their White Coat Ceremony, marking their transition into the Health Sciences Academies.

A continued body of research has made the connection between health and place and this is reflected in a key element identified in The Blueprint, which was the desire to invest in and improve housing conditions in the area. To this end, the partnership undertook external housing repairs and utility updates to existing homes, as well as significant reinvestment into Poindexter Village, a site of compelling historical significance to the Near East Side community. After extensive engagement and consultation with residents, PACT partners took meaningful steps to form a singular vision for Poindexter Village through The Blueprint and committed financial resources.

Project Status: Began with Blueprint for Community Investment from 2011 to 2013 and currently working on implementation.

Scale: Mixed-income neighborhood with over 450 residential units on 25 acres, three five story buildings, over 100 units are for seniors.

Throughout this process the project elevated several themes:

The substantial initial investment in community-led discussions and decision-making powers during both planning and implementation proved to be critical in ensuring deep community support. This together with PACT’s deliberate un-rushed pace over a two year period built the necessary trust and engagement resulting in a Blueprint informed and supported by the community.

In addition, creating a detailed and precise memorandum of agreement, mission alignment and shared interest in outcomes between the three original partners, before outlining a step-by-step process going forward, set up the entire PACT organization and The Blueprint down a clear road for success. This was overlaid on the important foundation of building trust, both between the partners and between partners and the community.  This deep engagement supported the ability to stay the course.

That success, in terms of revitalization, continues to attract additional funds and drives further investment in the Near East Side, a decade later.

Healthcare institutions, such as OSU’s Wexner Medical Center, are well positioned to receive incentives like the income tax rebate offered here, which serves as a foundation for reinvestment as well as potential catalysts for partnership.

PACT successfully brought partners together by recognizing the unique asset and strategic position of each partner, identifying mission alignment, and how to bring groups together in a way that leveraged each partner’s capabilities.

In the case of OSU, the Wexner Medical Center, as a land grant university and anchor institution, committed to education, service and community, was uniquely positioned to support the Near East Side.  In the late nineties, OSU’s Wexner Medical Center purchased East Hospital, a crumbling private hospital in the area and invested additional funds for upgrade and improvements. They built a veteran’s clinic and continued to be one of the major employers in the community for over a decade. However, they began to realize that despite these investments, successfully addressing health and wellbeing in the community, would require the adoption of an approach beyond health care access.

Partnering with PACT provided an avenue for Wexner Medical Center to move towards a more holistic community investment approach. The Medical Center’s commitment to long-term engagement and collaboration with the community aligns with key principles identified by Build Healthy Places Network of cross-sector efforts seeking to meaningfully influence the social determinants of health.

Beyond the initial partners, more than 50 organizations such as Goodwill, Jewish Family Services, and Hilton, to name a few, have contributed to PACT’s success.

With strong support of a health-focused anchor institution, closing the gap of inequities driven by SDOH is becoming possible.

The Ohio State University Wexner Medical Center’s Healthy Community Center (HCC) will be a community-inspired solution to addressing the most pressing health needs of residents on the Near East Side of Columbus through interdisciplinary partnerships and sustainable programming focusing on the prevention of chronic diseases and food access. The former MLK library will be restored into a hub for public-private partnerships and wellness. This project was approved in May of 2021.

There has been an increased awareness across the health sector in recognizing the importance of addressing SDOH and an increased receptivity to the new and unique relationships that extend capacity to address barriers to long-term health. More health care organizations are dedicating resources (time, funding, staffing) for this work.

The PACT partnership and continuing journey highlights several key turning points for other communities to note:

Through creation of new partnerships, the original tax rebate given by the city of Columbus to OSU a decade ago, which resulted in $10 million investment by OSU has led to more than $300 million in total investments to date.

Moving the partnerships with a healthcare institution, and other organizations beyond transactional financial contributions to focus on shared goals and outcomes.

3. Co-creating a vision with the community:

The Blueprint for Community Investment was community-led and helped clearly define partnership expectations, roles, and responsibilities. The process helped build community support and the content proved essential in guiding the path.

PACT continues to coordinate efforts and work towards its vision to create a healthy, financially and environmentally sustainable community where residents have access to safe and affordable housing, quality healthcare and education, and employment opportunities on the Near East Side of Columbus, Ohio. With strong support of a health-focused anchor institution, closing the gap of inequities driven by SDOH is becoming possible. 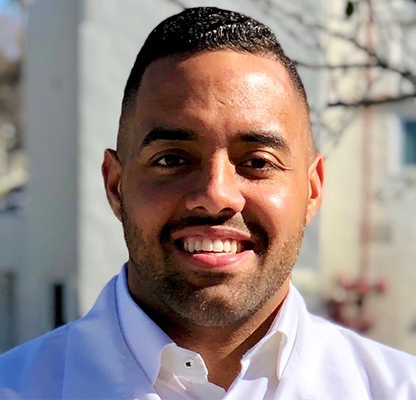 Zachary D. Travis is a Research Associate with Building Healthy Places Network. Zachary has spent nearly a decade with more than 20 publications in peer-reviewed journals, exploring, understanding, and researching health inequities as well as health disparities.