Where Health Meets Equity in Ohio

This post is part of our Healthy Communities Initiative blog series, highlighting the role of regional Federal Reserve banks in supporting and enabling cross-sector collaboration across community development and health sectors. In Ohio, the Federal Reserve Bank of Cleveland and its partners address the legacy of discrimination.

Redlining has a long and unsavory history in America. A policy initiated by the federal Home Owners Loan Corporation in the 1930s in order to stabilize the housing market, its discriminatory impact on low-income and minority communities continues to be felt today.

“These are still the areas that struggle,” said Lisa Nelson, community development advisor at the Federal Reserve Bank of Cleveland, whose district encompasses the focus of a new mapping project on redlining by researchers at Ohio State University’s Kirwan Institute for the Study of Race and Ethnicity.

Redlining became a driving cause of segregation for years to come.

Redlining first came into practice during the Great Depression. Facing massive numbers of foreclosures, President Franklin D. Roosevelt needed to stabilize the housing market. One way to do that was to create a 20-year mortgage. But to ease banks’ worries over taking on such risk, the government had to devise a way to appraise homes’ values in a systematic way. Thus a series of neighborhood maps was born. Homes in “in demand” areas (aka dominated by “American business and professional men”) were outlined in green and judged likely to hold their value. Homes in African-American or other “undesirable” neighborhoods were outlined in red, and were essentially worthless.

In Cleveland, according to the Ohio State mapping project, redlining made it nearly impossible to get a mortgage in two-thirds of the developed neighborhoods in the city.

The policy would become a driving cause of segregation and neighborhood disinvestment for years to come.

“Structural racism often is a barrier to economic opportunities,” writes Health Improvement Partnership-Cuyahoga (HIP-Cuyahoga). “It plays a role in who gets jobs, how schools treat students, and even the availability of transportation in a neighborhood. It’s compounding factors like these that lead to racial health disparities, including increased rates of chronic disease and disability, higher rates of infant death, and shorter life expectancy.”

HIP-Cuyahoga is working to address those inequities through a set of novel partnerships supported by the Cleveland Federal Reserve Bank and others. Through its Healthy Communities Initiative, the Cleveland Fed is working to promote and enable cross-sector collaboration to advance equity in opportunity and reduce health disparities in communities that have suffered under policies such as redlining. The Healthy Communities Initiative is a partnership between regional Federal Reserve Banks and the Robert Wood Johnson Foundation helping to connect those working in health and community development in cities across the country.

In Cleveland, the Fed is working to kick-start conversations between health and community development organizations in the region, encouraging them to see potential intersections and how they might be able to leverage each other’s expertise and funding, according to Mary Helen Petrus, assistant vice president in the Community Development Department at the Cleveland Fed.

Conferences facilitated by the Fed, including a workshop this past summer co-hosted with the Build Healthy Places Network and County Health Rankings and Roadmaps, have brought together members of different fields, who might not otherwise cross paths. The Fed also continuously aims to educate each sector about the other, introducing health practitioners to novel financing tools like Community Development Financial Institutions or social impact bonds, and encouraging the community development sector to invest in community health. They hope that cross-sector work can be one way of bringing needed investment to communities in the regions who have suffered from disinvestment from policies like redlining.

The Fed kick-starts conversations between health and community development.

They’ve had some successes. This year, after attending a cross-sector conference hosted by the Cleveland Fed in 2014, the Ohio Community Development Corporation Association made health the theme of its annual conference.

Additional partnerships have cropped up around the region. In Cuyahoga County the HIP-Cuyahoga coalition consists of hospitals, public health departments, researchers, banks, foundations, advocacy groups, and social service organizations. The group has identified key priorities in the region, including eliminating structural racism, which has adverse effects on community health.

The coalition model allows each member organization to contribute its unique skill sets and resources. Some members focus on educating policymakers and service providers about health disparities. Others are figuring out how to share data across government agencies and measure outcomes. The group solicits feedback from community members about healthy improvements they would like to see in their neighborhoods, and then employs community health ambassadors to spread information about, say, healthy eating.

Despite all the progress in the region, “there’s still some education to do,” Nelson said. “These partnerships take time. We are thinking about where we can add value.” 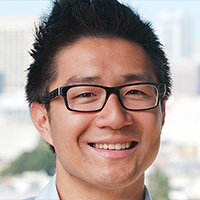